We are Open Mondays through Fridays, 8:00am to 4:30pm at all three locations. On Saturdays, we are open in Hamden from 9am-12pm only

We are Open Mondays through Fridays, 8:00am to 4:30pm at all three locations. On Saturdays, we are open in Hamden from 9am-12pm only

Dr. Petruzziello was born and raised in Rome, Italy. While completing residency in General Surgery, he served as Medical Officer in the Mounted State Police with rank of First Lieutenant and appointed to care for the President of Italy and his Security Service.

Dr. Bazaz-Kapoor joined CareMEDICA in 2008. She is a member of the American Osteopathic Association and the American College of Physicians.

Read more about Renu Bazaz-Kapoor, DO

Dr. Ramirez has been a board certified family physician for the past 28 years. He has experience practicing in a number of different environments, including as the chief medical officer of a rural Indian Reservation in Montana, as a staff model HMO physician, a federally qualified community health center physician, and his own private practice for 18 years. Dr. Ramirez has experience caring for patients of all ages and stages of life. Throughout his career, Dr. Ramirez has been a teacher and mentor for medical students as well as other health care professional learners. Dr. Ramirez is fluent in English and Spanish and has a particular interest in cross cultural medicine including missions work.

Osama Kandalaft, MD was born and raised in Amman, Jordan until leaving directly for medical school at the Royal College of Surgeons Ireland (RCSI). After his medical license, he progressed to work as a House Officer with Trinity University in Ears Nose & Throat Surgery. Following a different career path, he was hired as a Research Associate at Brigham & Women’s Hospital, working on multiple topics such as Traumatic Brain Injuries, seizure disorders & sickle cell disease.

Tio Livingston, PA-C, immigrated from Jamaica, West Indies to the United States. Soon after, he enlisted into the Army as an EMT/Combat medic where he completed a 14-month tour of duty to Iraq. This life altering event heightened his interest in medicine, so upon completion of his deployment, he attended and successfully complete the Army's License Practical Nursing program and was later reassigned to the 121st Combat Support Hospital, Seoul Korea. While on his 3 years overseas assignment, Mr. Livingston enhanced his medical knowledge and skill in areas such as OB/GYN, general surgery, primary care and occupational health medicine.

Gabe is a Wallingford native who graduated from the Quinnipiac University PA program in 2019. He has a longstanding passion for primary care and general medicine, with a particular interest in nutritional counseling and type 2 diabetes management. He is a member of the Connecticut Academy of Physician Assistants (ConnAPA) and the American Academy of Physician Assistants (AAPA). In his spare time, Gabe enjoys running, weightlifting, and spending time with his girlfriend Christina.

Debra has 19 years of clinical nutrition experience and is a Diet Technician Registered (DTR) certified by the American Dietetic Association (ADA) since 1995. Her experience was gained at Paradigm Healthcare, Harborside Arden House, Milford Hospital, and Middlesex Hospital. During her career Debra has conducted nutritional screenings and assessments, developed and implemented nutritional care plans for patients, and provided individualized and group nutritional education for patients. She joined WeightMEDICA in October 2008.

Kellyann is originally from Long Island, NY but has been in Connecticut for 6 years where she graduated from the Quinnipiac University PA program with her master’s degree in 2022.  Prior to graduate school, she received her bachelor’s degree in health science with a minor in Spanish which she completed abroad in Spain. She found a passion for Primary Care when rotating at CareMedica during her clinical year of PA school.  In her free time, she loves to read and spend time with her family and friends.

Camile worked as an ICU respiratory therapist for 10 years and later served as a devoted cardiac and medical surgical travel nurse serving patients in Connecticut and New York. She continues to build upon her educational foundation with extensive continuing educational programs relevant to daily patient care.

Manage your health from the comfort of home 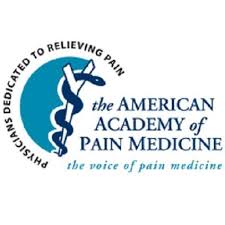 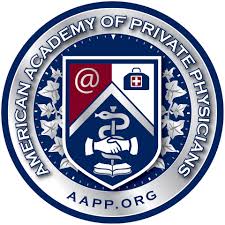 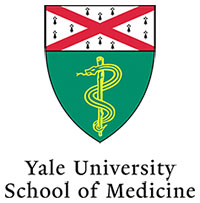 Visit Our Other Medica Companies: